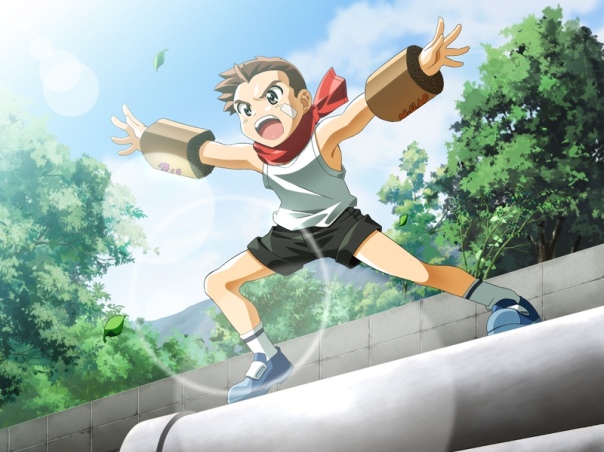 I picked up Dengeki Stryker with almost no knowledge of what it was about. I only knew that it was about superheroes and that it had been relatively well received.

The main character in Dengeki Stryker is Stryker Zero, or Yuuki Yamato. He is a comic book superhero trapped in the real world without any sign of his usual enemies, the Balbora Empire. After years of being on stand-by waiting for either his Styker allies or the Balbora Empire to show up he finally runs into a military group from the Balbora Empire and he has to defend the innocent people in the city.

Most of the different routes have an enforced playing order, feeding you the information in a specific order to help the reader have a better experience. There are even routes from the point of view of other characters to help give a better perspective to the overall story.

Dengeki Stryker really does an exceptional job of achieving what it sets out to do. As far as writing a story about comicbook superheroes goes you really can’t complain about much.

The game also has short animated scenes during some of the action parts. It’s worth mentioning that the quality is really high, at least I’ve never scene any animated scenes in any other visual novel so far that tops it. I rewatched my favourite one at least ten times before I was done with the game.

This is the first visual novel from Overdrive that I have read and I really am impressed by them so far. There is something about their artstyle that I’m unsure about, but I think I like it a decent amount (at least for the female characters anyway).

Music also seems to be one of Overdrive’s strong points, as far as I can tell, with most of their titles they have a heap of songs with vocals (mostly just a different one for each ending). I mean it helps that I like most of the songs I’ve heard from their games, but it really is unfortunately (and understandably) a thing which most companies don’t do.

Regardless, I’m glad MangerGamer has such a good relationship with Overdrive (translated/translating practically every single one of their games) and I am definitely looking forward to reading more visual novels by them.

With good music and art, as well as excellent animated scenes, it really left a good impression on me. My biggest issue was that the story itself wasn’t very ‘mature’ is that makes any sense. Not that it was bad or anything, just it wouldn’t be strange for the story to be targeted to a ~10-13 year old audience. It was just something I thought was strange considering it is an adult game (not that I should complain since I didn’t mind the h-scene art quality).

But then again there is an all-ages version on steam so there’s that. In fact I’d say its one of the best options to pick out of all of the visual novels on steam, so anyone who thinks it looks interesting should pick it up. 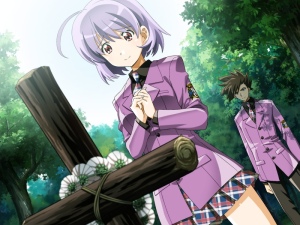 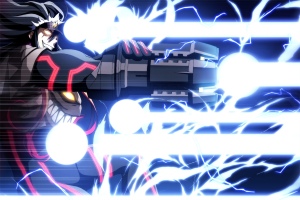