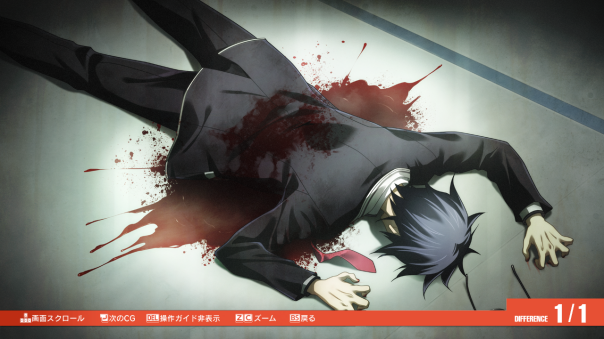 Chaos;Child is the sequel to Chaos;Head, with the story dealing with the aftermath of the events in Chaos;Head. It is also part of the SciADV series just like Steins;Gate and Robotics;Notes.

Chaos;Child’s protagonist is Miyashiro Takuru. Although not quite as delusional as Nishijou Takumi (protagonist from Chaos;Head), he is just as unpopular (although for different reasons). Takuru is the president of the school newspaper club and loves investigating so it’s no surprise that he gets involved when strange murders start happening that are very similar to the New Generation Madness murders from Chaos;Head.

Characters have always been a weak point in the SciADV series with the exception of the characters most important to the central plot. Half of the characters in Chaos;Head didn’t really need to be there at all besides for adding more D-sword users. They were useful in helping Takumi during the first half but overall most of them weren’t really needed at all. (I can’t speak for Chaos;Head Noah though since I haven’t read it so I don’t know if that was improved or not.) Steins;Gate also has the same problem although it’s much less obvious since all the characters are important to the plot. The characters in Chaos;Child are also probably its weakest part. But like with Steins;Gate, they are almost all used well in the plot so they don’t feel useless. That said though, the central characters in the SciADV series are always good and the plot itself is always strong.

After getting the main ending however, reading through all the heroine endings was a bit disappointing. Nono’s route has a good ending, but honestly her whole route leading up to the last 30 minutes or so was a bit boring. Arimura’s route was more interesting to read, but overall it was just average all the way up to, and arguably including, the ending. Hana’s route is much more interesting plot wise, it included conversations with Takumi from Chaos;Head which was cool, and it actually had proper use of delusions in the D-sword fight at the end. But honestly, because of the dumb stuff that happens during the route I couldn’t take it seriously. Finally, when I read Uki’s route I really wasn’t expecting much since she is almost my least favourite character, but her route turned out to be the best out of all of the side routes. It stayed interesting from the start all the way to the end.

After all of them I finally was up to reading the true end. I’d heard it was good, and it didn’t disappoint. I didn’t see the twist coming at all which I wasn’t expecting. It still amazes me how well the true end managed to tie together everything so perfectly from not only Chaos;Child but also from Chaos;Head.

Unfortunately slightly boring during the first half and some of the character endings. But overall a very solid plot and a great entry to the SciADV series. I’m looking forward to the anime series which airs next season and I hope we get more SciADV visual novels soon. (Although preferably on PC rather than console since I still haven’t been able to read Robotics;Notes yet.) 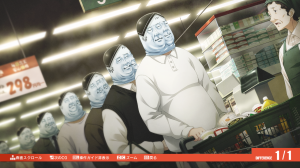 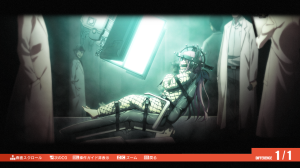