Appeal of Hobbies in Anime 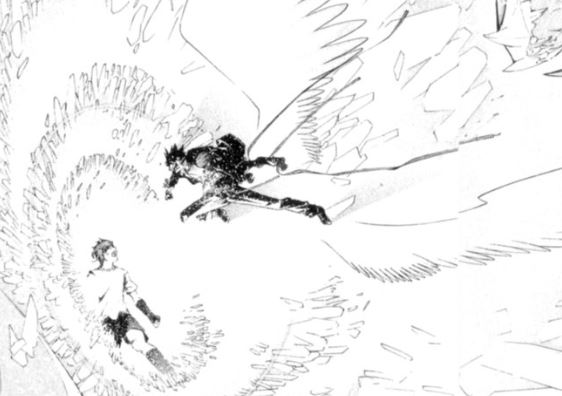 Since they have specifically gone out of their way to chase up media from a different language/culture, anyone who watches anime or interacts with any Japanese media will probably consider it a hobby.
So in general I’d say we understand what it means to enjoy doing something we like.

I’ve talked about before how as long as a show continues to interest me in any aspect, I’ll probably continue watching it. And obviously plot based shows can do this easily, even if the characters and writing aren’t very good, wanting to know what happens next often keeps me watching.

But shows which are mainly about the main character (and/or their group of friends) just enjoying or trying to improve at their hobby don’t have this advantage. Yet I find I often end up liking these shows more.

Sports shows are a good example of this. I know there are a lot of people who refuse to watch various sports anime because they have zero interest in the sport itself. For me however, I’m always up to trying them out because many times I’ve been pleasantly surprised by something I wasn’t expecting anything from.

Before seeing anime about it, I’d never seen a baseball game. I already liked badminton and basketball so they don’t really count as examples. Tennis and ping pong I never thought would make an interesting anime, but they did. Soccer I find boring even in anime unfortunately but at least i tried(?). Then there are the more contact sports such as boxing or sumo wrestling.

And those are just examples of sport hobbies. I probably never would have been introduced to shogi or mahjong if it wasn’t for anime. There are also plenty of other games or more obscure hobbies, even completely fictional hobbies sometimes.

Anime about school clubs are often passed over for being all the same, but they can often fit into this category too. Drama club, archery, various music related clubs, even karuta.

Anyway I think I just like watching people improving at something they enjoy. Obviously the creator has to do a lot of research to get accurate information so there is no suspension of disbelief for people who share the hobby in real life. When the end result succeeds in portraying the characters enjoyment of whatever they are doing to the viewer it really makes the show memorable.

Also having an anime about working life often works too. Ignoring shows which are about people just getting by (although those can be good too), showing a work environment where the people working are enjoying what they do is always fun to watch, whether it’s adults or just students doing part-time work.

It really comes  down to the people involved I think. These shows often focus on the growth of the characters or their personal relationships(friends and/or rivals) rather than the hobby itself, which when well written is the real reason why these shows work so well. Of course sometimes we also might find a new real life hobby as well.

Posted on December 13, 2020, in Anime, Misc, Reviews and Impressions. Bookmark the permalink. Leave a comment.